CHALLENGE: Compare and Dare to Beat My 10 TOP Reasons for Online Marketing Success with TCP

Challenge: Compare and Dare to Beat my 10 TOP Reasons for Online Marketing Success with The Conversion Pros (TCP)

My problem, without an easy answer, is there must be a way to harness Income Mobility by sharing important information with careful judgment to do good for others by simplifying how to succeed with marketing on the internet.


WHY NOT? For example, today, internet technology can condense and present a volume of information with no critical details missing with ONE LINK and a free trial to see if it works for you or not. Why would anyone reject a professional marketing product honed and proven to work with a personal trial? (excerpt: The Self Franchise Report)

This is how to leverage business expertise at the highest level. Share a product that is built from a corporate background, with proven leadership skills, branding, inclusive training which has taken decades in the making.
Leveraging expertise can now be a quick link on your keyboard.

Your challenge is to compare the delivery and benefits of your online marketing program with The Conversion Pros.

Here are my 10 TOP REASONS:
You are invited to check this marketing funnel and take it for a test drive if you feel you may be missing out, paying too much, working too hard, not helping your team,not progressive enough or if you just want to make an extra stream of income promoting your business.

In fact, The Conversion Pros has made it possible how to be a self-franchised marketer.

PS:Still looking for more with the TCP Marketing Suite:


If you know a better system, please let me know! 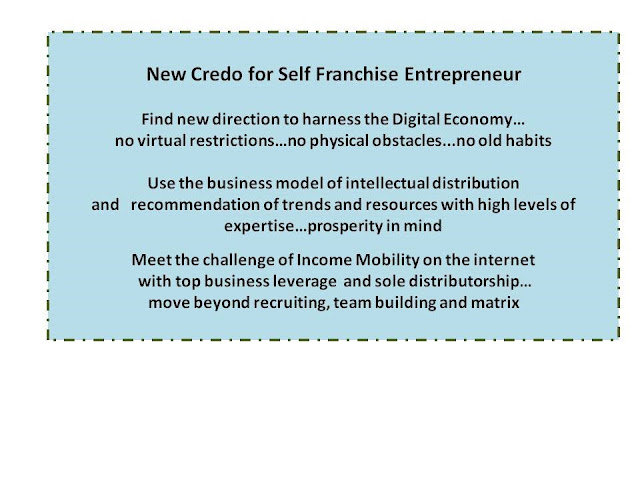 Truth must be experienced rather than told because language fails to convey belief and is only the barest shadow of reality...Plato

A strange thing happens as I continued to write about this MS journey for twin brothers. You climb to the top of this Sick Mountain; and look out at an all-encompassing landscape with more insight than before. Time for everyone to look and see a complex medical system established over decades that has spawned relationships and functions of many different participants. Time to see inalienable changes happening not so distantly.

First, you need to identify the background, pieces and players. It starts with a body of human biochemistry based on the integrity of a single cell to be healthy or sick. There are two basic kinds of diseases...infectious caused by outside agents with potential to be cured by drugs or cellular degenerative diseases often caused by lifestyle choices which drugs may treat but not cure.

The largest most powerful structure is the FDA FORTRESS entrenched on drug experiments, mostly animal, in the name of clinical trials based on a double-blind, random process. Along the way, FDA passed a mandate that "only drugs can mitigate or cure disease;" so, they still actively continue to regulate herbs or seek natural patents for profits.
Cannabis was called an illegal dangerous schedule 1 substance in 1972, regardless of thousands of years of showing various healing benefits.

In 2010, the MS community felt a paradigm shift which shook the medical system to its foundation. A Liberation War for Blood Flow began with scientific evidence that structural venous malformations affecting blood flow, or reflux, may cause MS inflammation, not an attack by the body's own protective immune cells.  As expected, the medical establishment and the MS Society, did not accept any new theory that questioned their mantra and drug money flow.

Now, here we are close to 2020, and a new challenger is literally growing in the medical landscape. The cannabis or marijuana plant has many cannabinoids that integrate with the body's own endocannabinoid receptors which may explain its natural affinity to healing various problems. So, this new Liberation War for Mother Nature's Cannabis is starting where people can return to natural botanical roots with a new mantra: better to be on the omniscient side of nature's pharmacy than against it. In other words, if a 50 year experimental laboratory era has produced such an over-medicalized society with few results, then who would deny giving Nature its fair turn? Not us.

It is inevitable that the FDA's drug culture will be seriously questioned; even as public trust is tarnished by the opioid crisis. This bastion will not disassemble readily and will resist with every legality they can formulate to maintain its superiority and profitability. The FDA  laboratories, filled with unpronounceable man-made chemicals, are standing at a crossroads ... how to clinically experiment with a natural product filled with phytochemicals in order to standardize a prescription that fits all needs.

In fact, the horizon clearly shows the many reasons why FDA may have too many conflicts to do this research properly. The climax of this journey is to call out that independent research is mandatory. There is no need to go through clinical trials and wait for approval to market a natural product through a highly detailed, specialized, and ultimate bureaucratic process that costs millions of dollars and takes years to complete. Who thinks drinking celery juice is risky?

The good news: there is a new, willing and able challenger to the FDA called the cannabis production company. This is where the governments, like Health Canada, can inspect, regulate and certify consistent and efficient production with leading edge technologies like automation, customization, scalability, with Good Manufacturing Practices to ensure purity and potency.

In Chapter 5, Part 2, there are 3 calls to action for people's voices be heard clearly:
...integrate all medical specialists, play the role of an informed consumer, and remove Mother Nature from the laboratory dissection table.

The chapters start at the beginning with MS diagnosis for my twin brothers ... tall, handsome strong men; to unsuccessful expensive drug treatments, to CCSVI rebels in Mexico when Canada blocked only MS patients from opening constricted veins, to Lyme's disease antibiotic treatments, to other possible options, to residential care, to divorce and cognitive disabilities. Strangely, a cat's spirit binds us all together.

Interestingly, this journey about truth didn't plan to end with independent cannabis research; it just evolved to where there were no better directions and no better vista with the most hopes.

This e-book will be available on my personal website next week: Helpful Mindstreams for Changes. Check  SHOP NOW for link.


THE TRUE MS JOURNEY of TWIN BROTHERS BY THEIR SISTER MARY

Questions and comments are always welcome. Together we can make a difference.

As a bottom line, we know there is no benevolence found here in corporate marketing and profiteering as the Plutocrats (Rule by the Wealthy) will not let go of these vaults without fearsome opposition. Only the government’s highest levels can intercept and redirect any would-be monopolies. But people need to speak on behalf of Mother Nature’s inalienable intellectual rights and protect them with openness and diversity. Write to elected officials. (see sample letter in appendix) excerpt from The True MS Journey of Twin Brothers by their Sister Mary 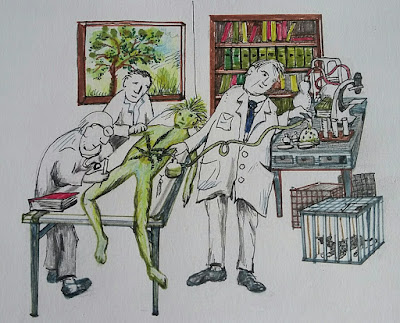 
"Everything can be taken from a man but one thing: the last of human freedoms - to choose one's attitude in any given set of circumstances, to choose one's own way."
Viktor E. Frankl

Welcome to this unique personal website. This website is my unique legacy to the past, present and future generations based on 70 years of much experience, contemplation and finally a legacy to leave the world as such.

1. If it is undeniable that internet marketing has simplified and compounded, then how can regular marketers and business owners adapt to changes and compete fairly at low cost with marketing powerhouses?

2. Is there a way to show teenage girls that their adolescent brains may have been hacked by Social Media causing problems and regrets with Selfie addiction, with a discussion about the importance of respecting their timelines?

3. How can young people discover that ecological systems are related and dependent on each other from the smallest micro-organisms to plants, animals, air, water and even hydrocarbons where humans play a deciding role in survival at all levels?

4. Is there a better way to help the symptoms and suffering of MS (Multiple Sclerosis) patients by regulating independent researchers with medical cannabis, outside of Big Pharma's drug fortress and clinical trials to try and prove the efficacy and health benefits of an ancient  plant with a natural affinity to human biochemistry?

If these questions matter to you, too, then you can find answers here:

Multiple Sclerosis (MS) is a devastating disease attacking body. mind and spirit, affecting the whole family. The cause is unknown and drug treatments based on animal experiments haven't worked well for 60 years. Once there was hope with CCSVI to improve blood flow through opening constricted veins denied by the system. There is new hope with medical cannabis where establishment control and obstructions must not be repeated.

I don’t know about you, but I am deeply bothered by Present Changes and wish my Past Voice to be heard. There seems to be a perversion of everyday virtues; a search for self-awareness based on feelings, looks, deficiencies and issues; encouraged by self-promotion and competition within a progressively threatening technology. Labor markets change; social bonds fade; fake news abides, challenging curiosity, knowledge and truth. Swamped with so much information, the ideologues emerge to live in a world of their own making within limitations to the causes and effects in the real world.

What if new stories and images can provide better solutions to these problems than a lecture of facts?

From the vantage point of 70 years, I can’t close my eyes and pretend I can’t see. I must ask how I can help others to believe in the kind of world where responsibility is important in a moral, ethical and social society. The one constant for coping with Change is to stay resilient and look for innovative solutions by practicing different ways of thinking and  new ways of perception or imagination. Our families and planet depend on this focus of what matters more than less.

To this point, I offer a personal mind stream with four important themes about rising up to imminent changes today and tomorrow.

…a possible self-franchise strategy in the digital economy

I was born on a pioneer homestead without electric power where the value of hard work and rewards were ingrained. I now walk in a cyberspace both in amazement and fear of unprecedented opportunities to follow your nature or passions; hopefully, in wisdom, respect and hope.

I am a retired teacher with a deep appreciation of the process of learning and educating; from pointing out the difference between precepts and concepts; to why critical thinking matters; and how the decision-making process works with challenges and choices.

I am also part of an extended family and community and am concerned about their future.

Well. that's about it...I'm shaking my head, as you probably are, at this unusual conglomeration...way too much; but how to pick and choose among the valuable lessons and truths in my lifetime that can best help future generations in my honest opinion.

I would very much appreciate any comments, both good and bad, and whether
this personal mind stream is way of course and bound for an impassable waterfall. 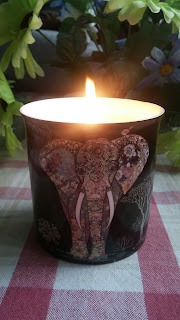 Who Will Answer the Mother of All Questions as Anti-Social Facebook Faces Reality Check? “We must take sides. Neutrality helps the oppress...